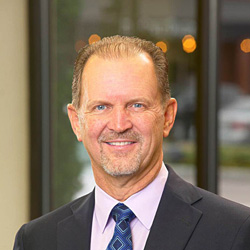 Glenn grew up in a construction family. Between his dad and uncle, he spent a good number of his early years on construction sites being mentored by his family in Greenville, South Carolina. At 18 he moved to Tulsa to get his MBA at Oral Roberts University. He married and started raising a family and Tulsa quickly became home. Glenn has built over 2000 homes in over 50 communities all around the Tulsa area since he started Shaw Homes. He is still very involved in every aspect of Shaw Homes even today, as homebuilding is his lifelong passion.

Joe fell in love with the homebuilding industry as a child and has followed that passion his entire career. After graduating from the University of Michigan with his degree in Architecture, he chose to pursue the hands on side of building for a number of years, learning several of the trades and becoming a journeyman carpenter. Since 2006, he has been in management with a focus on the business side of homebuilding. Joe was hired by Glenn Shaw in 2015 to help him run Shaw Homes and grow it into one of Oklahoma’s largest homebuilding companies.

Aaron started his career in home building in 2002 when he was mentored by the VP of Sales for the largest home builder in the United States. He has worked in almost every aspect of new home construction from framing to finish. He studied Architecture at Eastern Michigan University and has worked in commercial architecture as a rendering artist. He has managed the sale of over a billion dollars in real estate in his career and has trained hundreds of new home sales professionals.